After all of my students' hard work this year learning about Venerable Fulton Sheen, we of course had to take a field trip to see all of the places in the Peoria area significant to his life.

(Check out the scavenger hunt clues the kids collected on this trip in this post.)

We started in El Paso,at the location of the birthplace of Sheen, which was above a hardware store that burned down in his childhood. 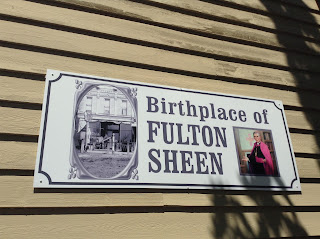 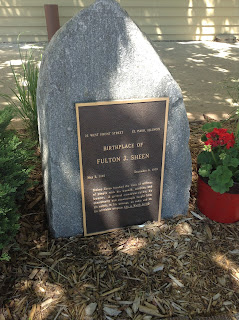 We then went to St. Mary's Church, which is the parish of Sheen's baptism.  The current church was actually built a few years after he was baptized, but it is the same parish and Sheen came back to visit and said Mass in the current church. 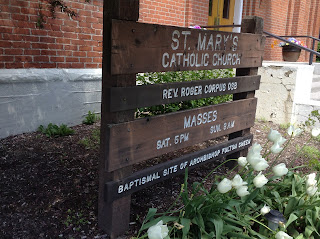 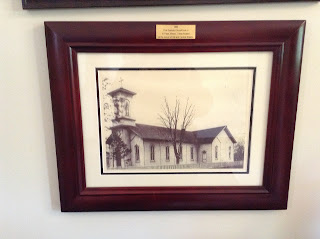 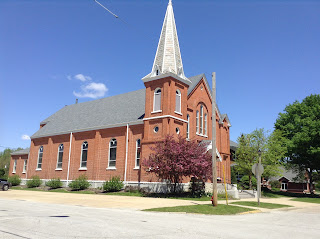 We then roadtripped it to Peoria, stopping at the Spalding Pastoral Center, which is connected to the original Spalding High School, where Sheen was a student.  We were greeted outside by Bishop Jenky, who posed for a picture with the kids. :)

We then visited the Sheen Museum, complete with the Sisters as tour guides and several other guests.  The kids LOVED having the Sisters and a Monsignor and a few others as their captive audiences for them to talk about Sheen.  They got questions answered, told their stories, showed off their projects, and poured over the Sheen artifacts in the museum. 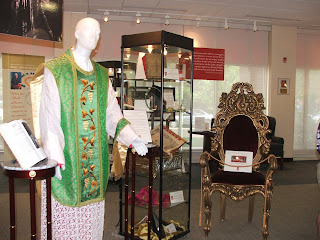 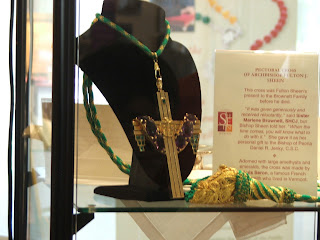 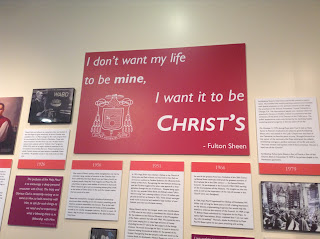 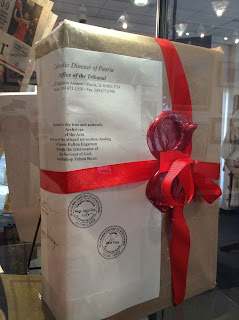 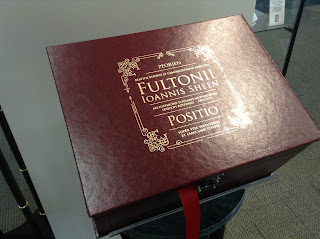 Next, we went just down the street to the Cathedral of St. Mary, where Sheen was an altar server and was ordained a priest. 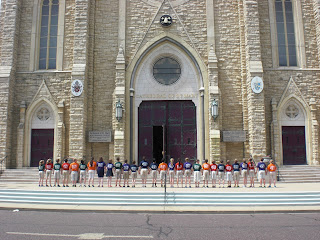 Inside, we visited the Chapel of St. Thomas More, which holds hundreds of relics including one of Fulton Sheen's purificators. 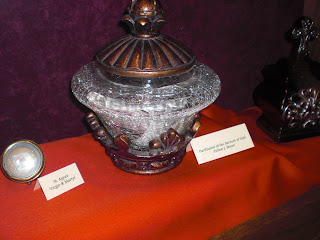 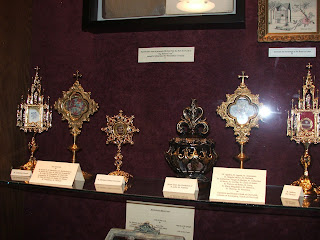 The kids then received a custom tour of the Cathedral, where they got to ask all kinds of questions and see all kinds of beautiful things and grow in respect and love with their faith and identity as a Catholic in the Diocese of Peoria. 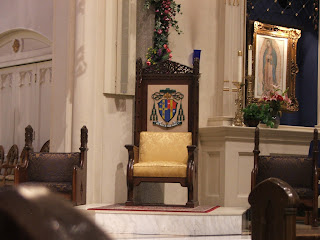 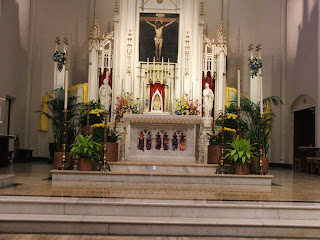 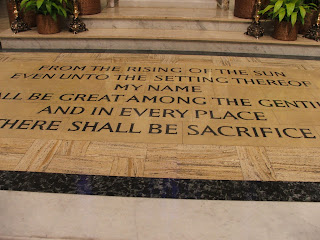 On the way home, we were going to swing by the church building which was formerly St. Patrick's Catholic Church, which was Sheen's first and only parish assignment as a priest.  The church is no longer a Catholic parish, but we were just going to check out the building.  However, between no one wanting to leave the Cathedral and construction, we ran out of time. 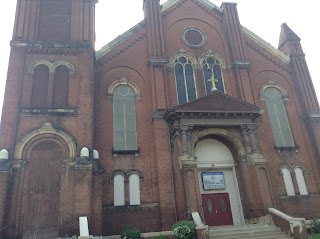 The kids said that it was the best field trip ever :)  I hope that it sticks in their heads as a memorable pilgrimage that showed them the footsteps of a soon-to-be Saint who lived in their own backyard!