This Sunday we celebrate the glory and the mystery of the Most Holy Trinity.

A few weeks ago as I was teaching about the Sacrament of Marriage, I realized that I was missing something.  We had read the chapter in our textbook, had completed a good class discussion and filled in these notes, but they needed more.  With the current attack on marriage in pop culture, media, and politics, my 5th graders needed more depth to explain the meaning of marriage.

As I planned the lesson, I thought about some of the things that I have taught and explained to students I have had in Youth Group over the years.  I thought about how I could bring more of this lesson into a 5th grade classroom.  I thought about my emphasis with the kids this year that they are all called to a Vocation, and those vocations are about love (the real kind) and service.

And then I had a duh! moment.  While trying to bring the lofty topics of vocation and marriage down to their level, I had unintentionally watered it down a bit.  I didn't want to make it too confrontational, or introduce them to mis-truths about these Sacraments.  And it hit me that I could use a simple but profound model that I have used with both teens and adults- it would work with ten-year-olds, too.

A love is modeled after the Trinity.  The complete gift of self between the Father and the Son yields the Holy Spirit.  This union is founded on love- true communion- and we are made in the image and likeness of this model.  That means that our Vocations are called to be life giving unions that bear fruit and are created by self-sacrificing love.


Incredibly theological? Yes.  A mystery that can't fully be understood this side of heaven? Yes.

But something that can't be shared with children?  I think not. CCC 237

So I decided to try a new activity and see how they responded, if it helped them understand the Sacraments of Matrimony and Holy Orders, as well as the call to be a Religious Sister.  CCC 260 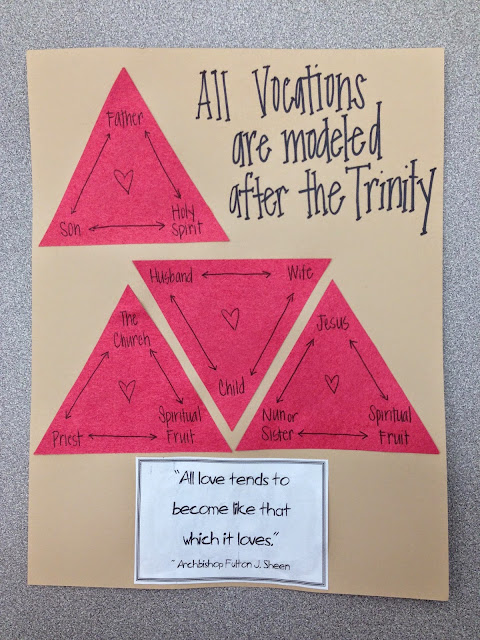 By using the model of the Trinity, I think I was able to show the kids that Vocations are not something that humans make up the rules for.  It helps show why marriage is between one man and one woman.  It explains why couples must be open to having children.  It reminds us how real love really requires sacrifice. 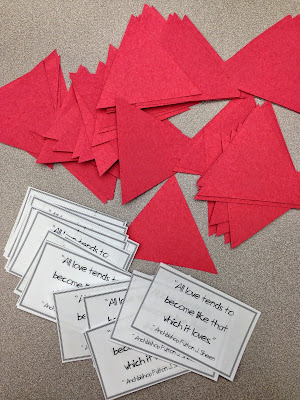 It was a great discussion, and a memorable teaching lesson for me.  I hope to continually find ways to share great and glorious and mysterious truths in meaningful ways with the students in my classroom.


The students had the freedom to arrange their notebook page however it made sense, so we had some different set ups, like this one: 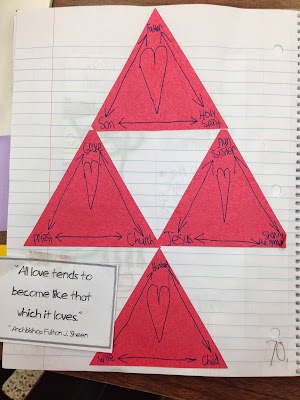 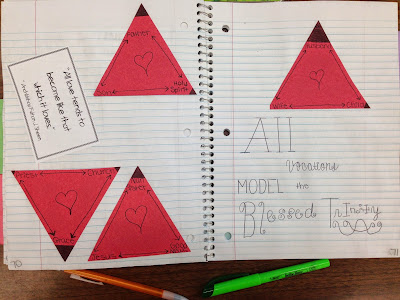 You can get the quote cards by clicking on the image below: 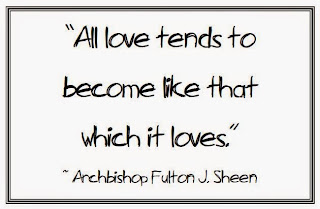 If you don't want to do the cut-and-glue thing, you could also use these printable notes and have the same discussion.

Click here for a blank version of the notes: 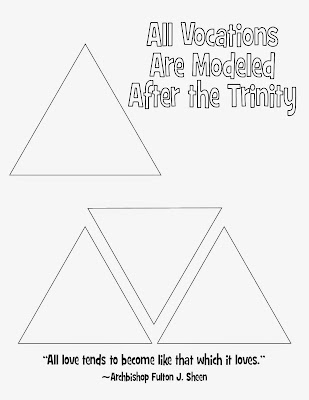 And click here for a filled in version of the notes: 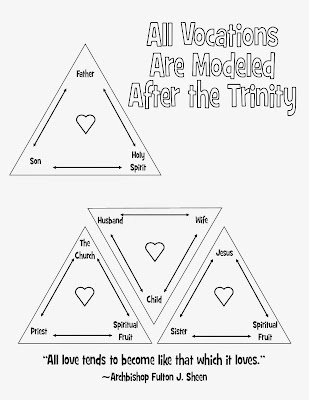 What do you think?  Do you have any great resources or lessons about sharing the truths of marriage and vocations with kids?  I'd love to hear about them!