Back in this post, I showed all of the places that my class visited in the Peoria area to learn more about the life of Venerable Fulton Sheen.  What I didn't mention in that post was that the whole thing was a student led scavenger hunt.  Yes, I had a plan, and the bus driver had directions to where we were going, but the kids got on the bus in the morning not knowing where we were going or who we were going to meet.  It was so much work to plan, but so much fun for the kids! :) 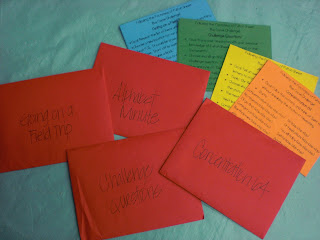 They were all split up into four groups, to foster some teamwork.  Nothing about the scavenger hunt was a competition- just friendly challenges.  They received clues that looked like this on one side from their group leaders: 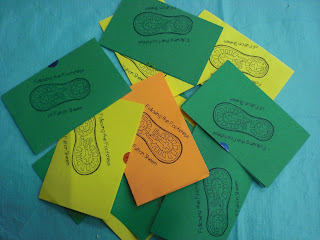 ...and each had a rhyming clue on the back.  I got lots of help writing the clues from an awesome coworker who was a rhyming-poem-making-machine.  It may have had something to do with the fact that she had just finished directing Seussical the Musical...but regardless, she was awesome help. 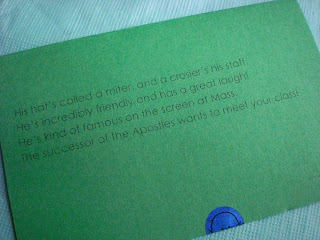 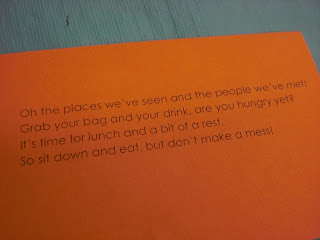 After the group decided on the correct answer to the clue, they got to open the inside of the clue.  (They were sealed with little stickers to prevent peeking).  Here there were directions/challenges/things to look for/etc.  It was all about what the kids personally wanted to do.  Some of them diligently checked off as many of the items on the list as they could, and others just went with the flow.  I knew that it would be impossible to predict if they could finish the scavenger hunt (we honestly packed too much into the day) but I needed a fall back if any of the kids were causing trouble/paying no attention/putting forth no effort/you get the idea.  Fortunately, everything was so fast paced and the kids were so interested, that I didn't have an issues with them staying on task.  It. Was. Incredible.

After they used them, the kids collected all of the clues in an envelope we had added to their Sheen Notebooks.  I heard later that many of them went home, dumped the envelope, and then proceeded to read the clues to their families to see if they could figure out where we had gone! 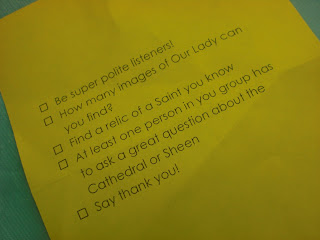 We spent quite a bit of time on the bus between stops, so I created some Bus Challenge Games that required no materials and would keep the kids occupied if necessary.  Again, I was trying to be over prepared and ready for trouble.  It wasn't really necessary, but most of the kids played the games and seemed to enjoy them.  Some of the games have a Fulton Sheen twist, but you could easily adapt them to a similar topic. 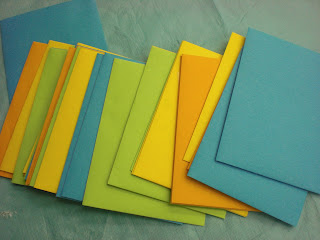 Here are the links to the printables from our scavenger hunt.  I know that the chances that someone could just print these and use them just like this is nil, but I think that they could be usable or at least give ideas for any old roadtrip, or pilgrimage, or just maybe a field trip about Fulton Sheen (yay!).

Here are the bus games: 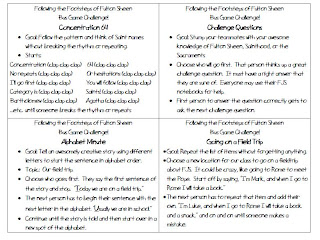 And here are the scavenger hunt clues: 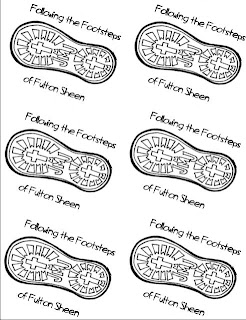 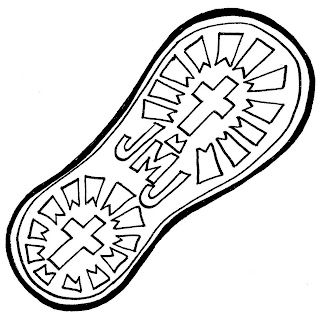 Email ThisBlogThis!Share to TwitterShare to FacebookShare to Pinterest
Labels: Life of Sheen, pilgrimage